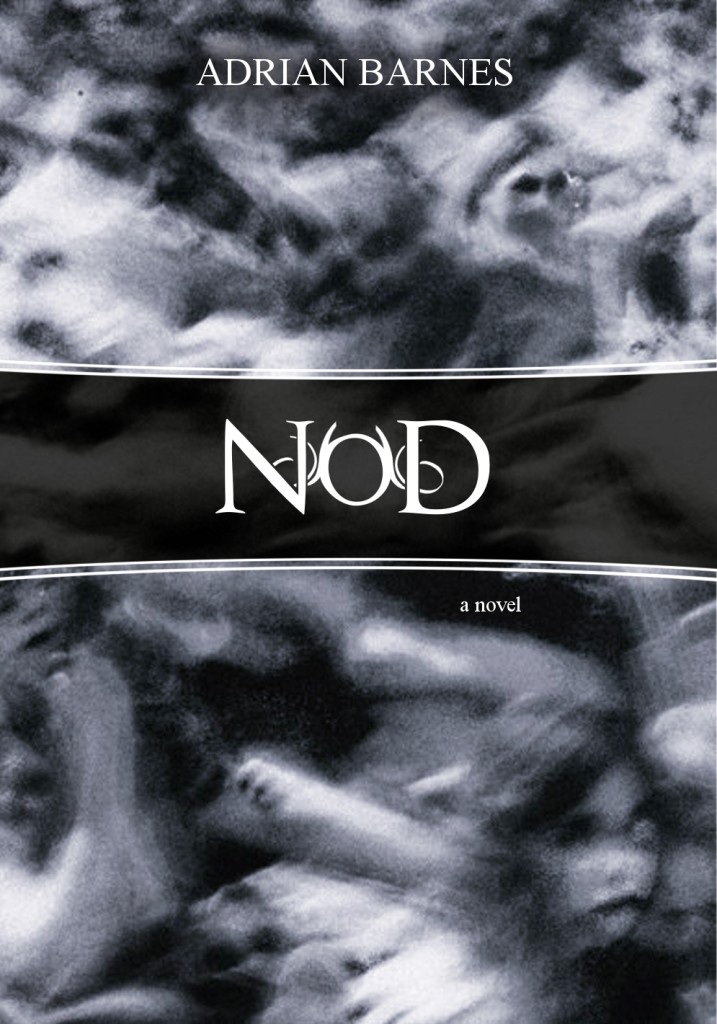 Nod by Adrian Barnes is an interesting take on an apocalypse survival story. There is no plague, no monsters destroying mankind, just the simple ideas that the vast majority of humanity can no longer sleep. Structured society slowly crumbles as people lose their grip on reality and ultimately their lives.

Paul is a writer who lives in Vancouver with his wife Tanya. Life is good. That is until one day he wakes up and his wife hasn’t slept all night. As it turns out, she isn’t the only one. The vast majority of the human race hasn’t slept and cannot sleep. Without sleep, cracks begin to show in society and Paul is forced to try and out-survive these ‘awakened’ people as they slip slowly towards madness and the destruction of the human race as we know it.

I really enjoyed Nod. While there are a lot of apocalyptic novels out there, this one felt different. The survival story itself isn’t that different, nor is the style of writing particularly ground-breaking. It is the subject matter that kept me enthralled. Such a simple premise and yet such an interesting one: What would happen if no one could sleep?

One of the book’s strengths is that it doesn’t attempt to tell the story of the world’s demise due to this sudden inability to sleep. It tells Paul’s story and though you do finish the book wondering what might have happened elsewhere in this slowly declining world, it isn’t necessarily a bad thing.

My main complaint about the book is that there are times when the main character feels a bit passive. As someone that has been able to sleep, he is not privy to the psychosis that the vast majority of the other characters are undergoing and though there are some really good explanations of this slowly disintegrating world, there are moments when it all feels a bit slow.

As a role playing adventure

There are some very interesting themes in Nod that would translate well to roleplaying. The book sets a very strict timeline on how long a human body can survive without sleep, so from the very start Paul is simply trying to run out the clock and survive. Also, the moral implications are interesting. These people are innocent, they’re sick and confused so how do you defend yourself against them if they attack? Is killing them ok? They’re eventually going to die anyway so perhaps you’re doing them a favor. All very interesting ideas to explore in a roleplaying adventures.

I like this book. I think the premise outshines the execution however. I like the idea of an apocalypse caused by something as seemingly insignificant as a bout of insomnia. The book is good and well worth a read but failed to blow me away.

If you have read the book and would like to give your thoughts on it, take part in our forum discussion. The next book in our ICE book club will be ‘The Dinosaur Lords’ by Victor Milan and will be reviewed in November. If you would like to give your thoughts on The Dinosaur Lords before the next review, you can do so in the forum.