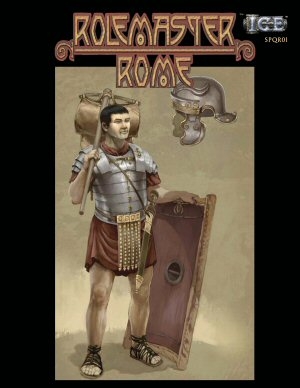 Our partners at Arion games are having a sale throughout December and offering 40% off almost everything!

This great offer means that you can now get Rolemaster: Rome for just $6!

Rolemaster: Rome brings you everything you need to run your Rolemaster Classic game in the greatest Empire the world has ever seen: The Roman Empire. This brand new book provides a wealth of setting detail as well as new rules to give you a whole new world of adventure for Rolemaster.

Play as a noble Patrician, a sturdy Centurion, a ferocious Gladiator or a feared Curse-Seller. Battle Gauls, Pirates and even terrifying creatures from Mythology as you make your names in the most powerful city in the world: Rome.

Rolemaster: Rome includes new skills, background options and combat styles, 58 Rome-specific Training Packages, A detailed guide to life in the Roman Empire, complete with equipment, costs, social life and the military and a bestiary of new Roman mythological creatures. It also includes a conversion document to allow Rolemaster: Rome to be used with the RMFRP & RMSS rulesets.

Get your copy now!