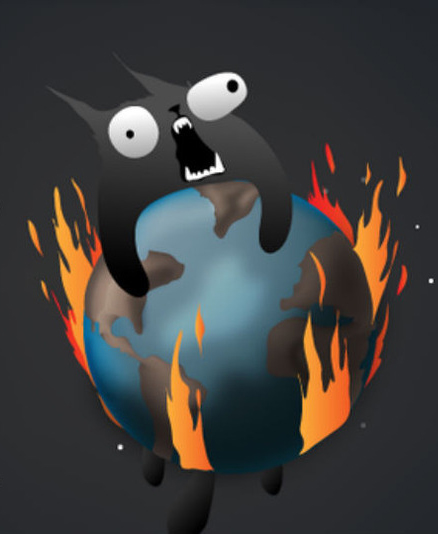 Just over a year ago I discovered kickstarter. In the initial month or so I backed a lot of projects. I would like to say that when they were all funded, made and delivered, that I loved them all and we lived happily ever after. I didn’t, but this isn’t the place for that discussion. This is the place to discuss what I thought of the world’s most successful kickstarter ever – Exploding Kittens.

Created by Elan Lee (Xbox, ARGs), Matthew Inman (The Oatmeal), and Shane Small (Xbox, Marvel), Exploding Kittens describes itself as a highly-strategic, kitty-powered version of Russian Roulette. It is a card game where players continually draw from a deck of cards hoping not to get ‘exploded’ by an exploding kitten. There are various other cards which can help you (or hinder your fellow players) and the winner is the last person standing.

Exploding Kittens is one of very few of my kickstarter purchases that actually arrived when it said it would. In terms of the campaign it was very well run. They kept us informed, the updates were interesting and most importantly, they delivered a brilliant game which was everything that it said it would be.

Putting the kickstarter campaign aside, I’ll now focus on the actual game (I promise). The game play is delightfully simple. After a few minutes explanation and a “learn by playing” attitude, I had non-gamers understanding all the rules and enjoying the game pretty much straight off the bat. For me that is one of the best and most important things. This game can be played with anyone. My players had no experience of card games or gaming in general and no prior knowledge of the Oatmeal (though a number said they planned to look it up). They all picked up the game quickly and most importantly, enjoyed playing it.

The most striking thing about the game (and my favourite thing about it) is the imagery and text on the cards. Created by Matthew Inman from the Oatmeal, the images and text are brilliant and hilarious (not to mention fantastically weird). My players loved the artwork and we often had to pause the game while people read their cards and laughed at the insanity of it all.

It would have been very easy for this game to fall into the trap of having amazing and hilarious cards that, once the novelty wore off, were never played with again. Luckily I don’t think this will happen. It is true that if I play enough I’m sure the original magic of “Feast upon a unicorn enchilada and gain its enchilada powers” will be lost slightly, but the game behind the cards is more than enough to keep me coming back to Exploding Kittens, especially if I have some non-gamer friends that I’m trying to entertain.

I love this game. It is quick, simple and beautifully made. A real alternative to playing UNO or snap on a rainy day.