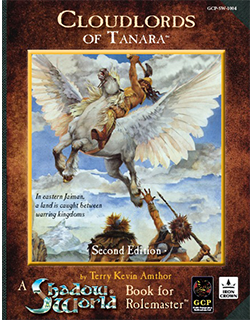 Available now from RPGNow Shadow World: The Cloudlords of Tanara.

Buy it now from RPGNow