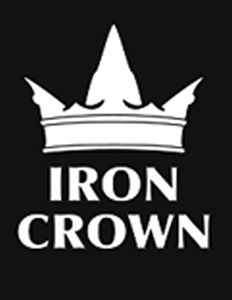 In case you missed it (and I don’t know how you would have done), this year Iron Crown Enterprises had a stall at Gen Con. It was the first time in many years that we have attended and we had an absolute blast!

Firstly, we would like to publicly thank all our volunteers and helpers. We had people playing games, people manning the stand, people helping with logistics and all of them doing so out of the kindness of their hearts. A huge and heartfelt thank you to all of those people.

Secondly, we would like to thank everyone who came and said hello or played in an Iron Crown game while they were at Gen Con. The crowd were great and a lot of people were really excited to see Iron Crown Enterprises back at Gen Con. So to those people, thank you for your support. Hopefully we will see you again next year.

Now to the facts: this year we shared a booth with Pointy Hat Games and Aaron Smalley was absolutely brilliant as our man on the ground and liaison between the two companies. We had a lot of great helpers but Aaron is definitely worthy of a special mention. With all the logistics managed from the UK, preparing for Gen Con was not a particularly simple process and I cannot speak highly enough of the amount of help and advice Aaron gave. It was invaluable and a huge part of how we managed to attend and run a stall.

We took with us a large order of all the HARP and HARP SF products and the majority of the Shadow World products. We received a number of comments and questions from fans asking why we weren’t offering any Rolemaster products. The reason is simple. While we understand that Rolemaster remains very popular and people are still keen to buy the old products, we do not wish to actively promote a product that we know will be formally superseded by the new edition in the future. It just feels unethical to us. When the new edition of Rolemaster is released we will DEFINITELY be taking it to Gen Con with us.

We learned a lot of lessons from this year’s convention which will hopefully help us make next year even better. We have already agreed with Pointy Hat Games that we will once again be sharing a booth with them next year and we’re now focussed on making next year even better than this year. So, there’s just time for one more thanks to everyone. See you all at Gen Con 2018!