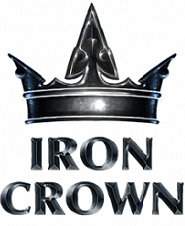 I’m sure you can’t have missed the fact the end of last month (and the beginning of this one) was GenCon. This year a number of forum members attended the huge convention in Indianapolis including Order of the Iron Crown member Bruce Meyer.

Bruce very kindly agreed to give us a run down of his time and his games at GenCon:

Here is my summary of the HARP events that I ran at Gencon. Sometime in the next few days I will post the characters (with backgrounds attached) to the vault when I get the chance to create the PDF’s and add the background pages. I would recommend reading those (once they are posted to get an idea of the characters). Please note that some things may be mixed between the days because I could not remember who played what character each day.

The first day (Thursday) started out slow because I only had three players. Luckily the one familiar with HARP said he could run two characters and ran both Amabo and Pang. The other two (a couple) ran “Bam-Bam” (Dwarven Fighter) and Sami. The game turned out pretty good and they had lots of fun and I ran the easy version of the game. Another thing about this game is that it was in Room 314 of the JW Marriot which is in the back corner of the JW and there are no bathrooms close by. At the end of the game I had to go to the bathroom so bad that I went back down to the 2nd level and had to use the family bathroom as the male bathroom was all the way at the end of the hall! Needless to say they really need to put some air freshener in those bathrooms as I am sure the next person to use it would attest to!…lol.

The Friday and Saturday games were much better as I had 5 players in both games. If I remember correctly on Friday They used Bam-Bam, Ulanya (Selene), Soltus (Elatar), Pang, and Sami. A little history about Pang is that he tends to be somewhat of a jerk when doing things like casting spells on unsuspecting characters when he thinks something needs to be done. It was in this game that Pang finally got a little taste of his own medicine when Sami (who was suddenly given the ability to fly up into the fog when they noticed the shadowy form in the fog) flew down directly behind the mage and spooked him…the shadowy form (demon) had flown overhead at right about that time and offered a little bit of his fear affect…lol.

On Saturday the players selected Bam-bam, Pang, Amabo, Sami, and Ulanya. It was on this day that I believe was the hardest day as at least three of the players used up all their fate points. And there were only 3 left amongst the other two players. I also made this particular game a little more difficult than the others by adding 3 more skeletons to the mix. If it wasn’t for the one playing Amabo finally realizing that he had a spell that may work to hold the demon in place we might have had a pretty gruesome death (after the person playing Tychon had used up all his fate points). On the first day the demon simply got away. On the subsequent days the demon was killed by the party. They did take out the necromancer (Cedric) on all three days. On the first day one player fumbled their lore roll and swore that Cedric was a famous comedian. I do not remember how they took him out on the first day but on the second day it was concentrated effort. On the third day I believe it was solely Pang who Killed Cedric at just about the time the rest of the party took out the demon. He had teleported into the doorway when he noticed the glow from Cedric fumbling his acid ball attack, he then cast air bolt (choose air for his elemental focus) and discovered he was able to absorb most of the damage due to magical enchantments (but stunned him). He then cast dispel magic on Cedric to try and remove any magical enchantments (and it worked) then just started electrifying him to death. All in all everyone seemed to have lots of fun on all three days!

If I am able to attend next year I plan to stagger my events at different times so I have more time in the event hall to browse and walk around.

A huge thanks to Bruce and to everyone else who attended Gencon and ran ICE games. If you’re planning on attending a convention and running ICE games, get in touch and we’ll see what we can do to help.