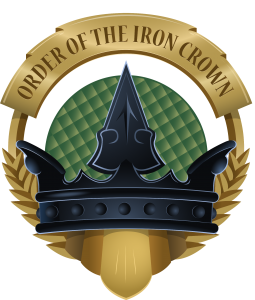 Iron Crown Enterprises will be officially returning to the world of roleplaying conventions starting with this year’s Dragonmeet, London’s (and probably the UK’s) foremost roleplaying, boardgame, collectable card game and now miniatures convention.

While the specifics are still up in the air, we have some big plans for our return to conventions including a stall from which to sell some of our products, competitions with some incredible prizes for convention goers to win and we’ll be running a number of games for ICE gaming veterans and newbies alike to take part in.

If you are planning on attending Dragonmeet and would like to be part of the official ICE team either by helping out on the stall by selling products, chatting to convention goers, orchestrating competitions or by running an ICE game / games, please contact us.

Our aim is to steadily increase our presence at conventions both by having members of the team attend, run stalls and GM games and also by offering members of the Order of the Iron Crown everything they need to attend cons and run games and rewarding them for doing so with exclusive offers and merchandise. If you are planning on attending a convention and would like to find out more about representing Iron Crown Enterprises, Get in touch.